The Government of Andhra Pradesh has introduced the concept of Navaratnalu as core theme of governance in order to revamp the delivery systems of Government services with an aim to improve living standards of the people. To achieve this objective, Government of Andhra Pradesh has established a system of Village/Ward Secretariats consisting of required functional assistants to strengthen Gram Panchayats and Wards and Village / Ward Volunteers for delivering government services at doorstep of all eligible households.

The State Government of Andhra Pradesh has intended to alleviate the poverty in both urban and rural areas to improve productivity and living standards. As part of the “Navaratnalu”, the YSR AASARA was launched on 11-09-2020. Under the scheme, the outstanding loans of Rs 27,168 crores availed by Self-Help Groups (SHGs) across the state as of 11-04-2019 will reimbursed in four installments. In the first installment, a sum of Rs.6792 crores was disbursed to the accounts of SHGs on 11-09-2020. In the second installment, a sum of Rs.6470.76 crores will be disbursed to the accounts of 8,00,042 groups.

The objectives of the programme is

Components of the Campaign

As the beneficiaries receive the scheme benefit on 07/10/2021, the campaign would be scheduled to run 7 days before the launch date. 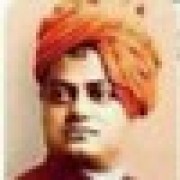